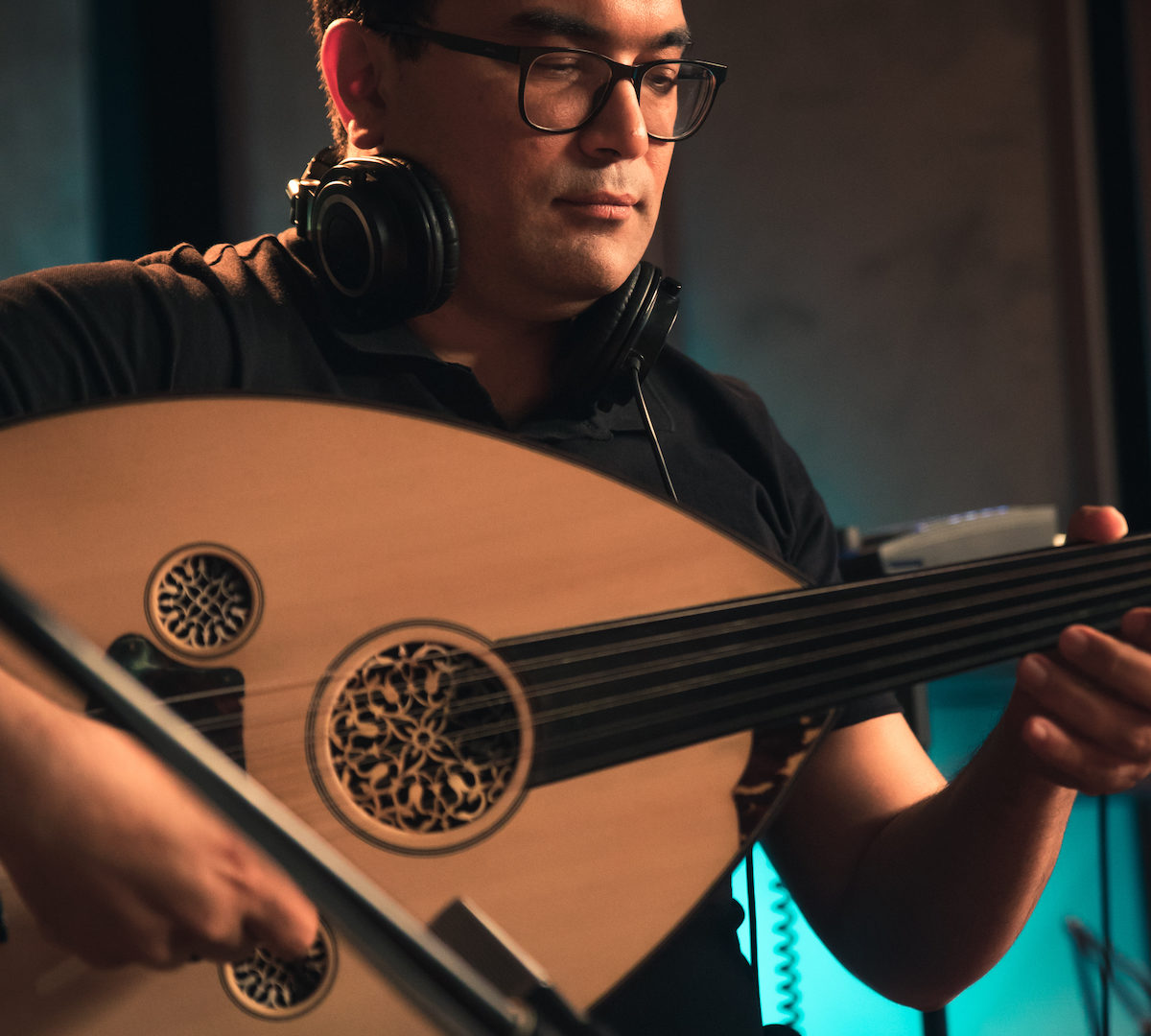 Hamdi Makhlouf was born in June 5, 1980 in Tunis (Tunisia). He is a Musician, composer, lutenist and singer. He is also a Ph-D in music and musicology, teacher at the ISM of Tunis and director of the JMC (Carthage Music Days) from 2015 to 2017.

From an early age, Hamdi Makhlouf was impregnated in the Arab and Eastern musical tradition. His musical studies in Tunisia, at the Higher Institute of Music of Sfax, allowed him to expand his listening to both traditional Arabic music called “classical” (qasâid, muwashahât and azjâl) than other music geographical areas and neighboring cultures (the Maghreb, the Middle East and Europe).

Hamdi Makhlouf’s meet with his master, the lutenist and teacher Wahid Triki, was one of the most decisive events of his career. He taught him the art of arabic lute and guided him to the path of virtuosity. Hamdi Makhlouf felt the need to adapt his music to new musical contexts, inspired by several artistic experiences.

Hamdi Makhlouf’s artistic influences include those of lutenists, the most significant in the history of the instrument, such as Cherif Muhyiddine Haydar, Munir Bashir, Jamil Bashir, Salman Shukur and, later, Ali Imam, Naseer Shamma, Khaled Mohamed Ali and Said Chraibi.Hamdi Makhlouf’s experience is also marked by the mix of several musical genres as jazz and world music. The experience of the Tunisian Jazzman and guitarist Fawzi Chekili was a very rewarding one for him.

His listening field was also oriented towards contemporary western music.Hamdi Makhlouf assured a large number of concerts in several countries. He has long collaborated with many artists such as Wajdi Cherif, Mohamed Ali Kammoun, Vincent Lendower, Philippe Foch, Abdesslem Gherbi, Zied Zouari and Leonardo Teruggi. He recorded a single named “nocturnal Pages” at EMI Music in the disc “arabianight4” published in 2008. He was also invited by the artist Gad El-Maleh to record the music of its film “Coco”.

Back to Tunisia, Hamdi Makhlouf joined the Tunisian University and teaches musical and musicological subjects. He defended his doctoral thesis in Paris on December 10, 2011. He began a compositional workshop and records the CD 7+1 with Kevin Blechdom and produced by Tsuku Boshi and Ennejma Ezzahra. He plays as a guest with the hungarian jazz singer Eszter Váczi at the Palace of Arts in Budapest and records in his latest CD “Belső Tenger” released in 2014. In the same year (April 2014), Hamdi Makhlouf is designed as the director of JMC (Carthage Music Festival) by tunisian Ministery of Cultural Affairs.